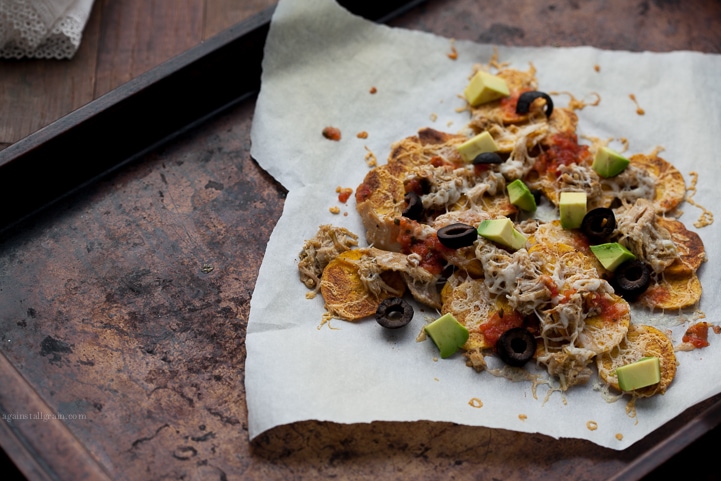 In case you missed the big news, I'm expecting and am due in September! I did not eat Paleo with Asher. My symptoms of my autoimmune disease went away and I thought I was ‘cured' so I allowed myself to eat whatever I wanted. Big mistake. It all caught up with me when Asher was 9 months old and I had one of the worst flares of my life.

So I committed long ago to sticking to it with the second pregnancy, and here we are!

The first 3 months are the hardest. I have had so much more morning (aka ALL DAY) sickness with this one. And terrible migraines. I used to get migraines in high school but rarely get them since going paleo, but this pregnancy brought them back in full force. Daily.

During the first 8 weeks or so, there were only a few things that I could stomach and that calmed my stomach. Paleo baked goods – my real deal chocolate chip cookies (1 or 2 in the morning first thing!), muffins, and crepes. I kept one of those in the fridge or in my purse at all times. And Nut Thins. Yep, there's rice in them. They are definitely NOT “Against all Grain.” But they worked and they didn't cause any symptoms, so hooray!

I've now entered into the phase of cravings, but it's much different this time than it was with Asher. With him, I craved real pizza with ranch dressing and awful things like Taco Bell and Wendy's! I'm assuming this time is different because I have eaten so clean for the past 3 years that those tastes are not fresh enough to be palatable anymore to me, but who knows! I haven't craved anything out of the ordinary so far and have been really happy to just eat the foods I normally eat for the most part. Except that I had to graze all day long to not feel sick, so the foods I normally ate but in smaller portions and 8 times a day! 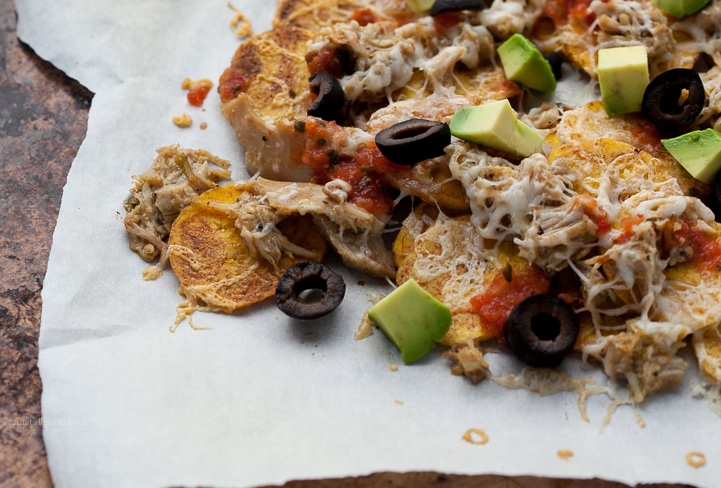 I've currently been craving Mexican food and especially chips. So I've splurged on plantain chips from Trader Joe's quite a few times with my favorite salsa. The other day I had leftover crockpot chicken taco meat (recipe is in Against all Grain) and I got crazy and made nachos. They were unbelievably good. Well at least for this pregnant gal.

Lucky for all of you out there, you're going to get some awesome (and likely out of the box) recipes coming your way in the next couple of months. And I have a feeling there will be quite a few pregnancy-induced craving recipes showing up towards the end of Meals Made Simple as well, like the Pepperoni Pizza Pasta I impulsively made the other night! I do plan to do a kid's book once things slow down with this little new one on the way (no guarantees of timing with that one, but I'm guessing a couple of years from now!) and I will definitely have to include a craving section for the mamas!

Get creative with your ingredients here. You can really add or subtract whatever you'd like. This is more of an idea than a recipe! For those following the SCD, skip the chips and make my cheese ‘chips' as the base for nachos! 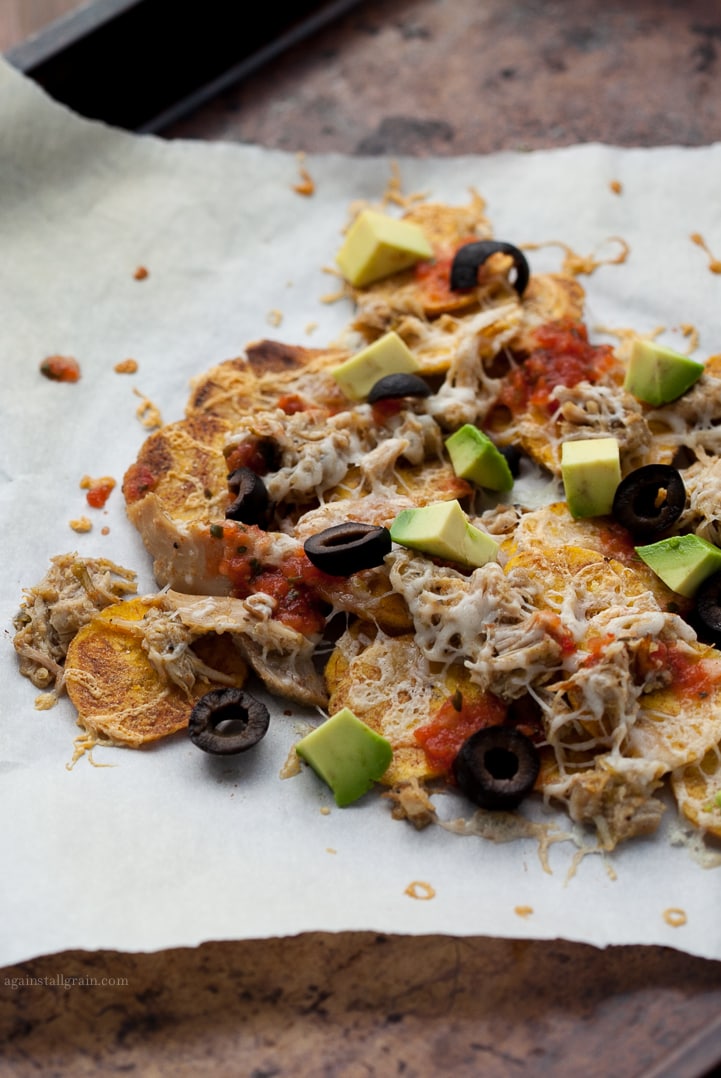