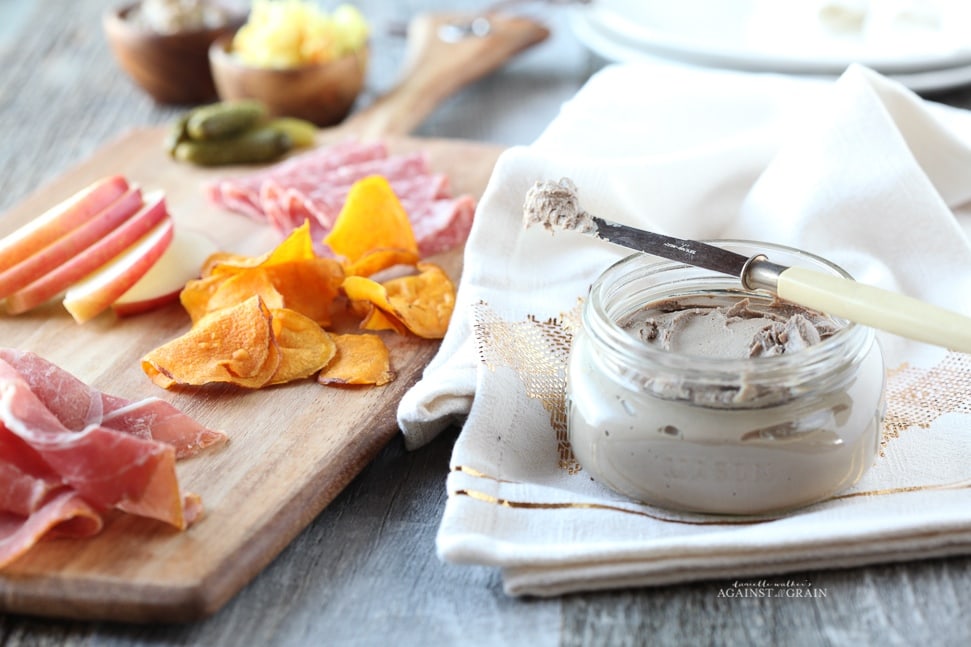 I don't fault you. I too think of liver and gag a little. It is usually associated with things like liver and onions, or liverwurst. Gross.

Truth be told, up until about a month ago I couldn't even handle them in the kitchen. I needed to have gloves on and my shirt over my nose. I used to have a pretty strong gag reflux when I was younger. Sometimes I think my brain still goes there. Growing up I ate only eating boneless, skinless chicken breasts. And until I was about 25, I couldn't even handle raw chicken without getting grossed out. I would buy the frozen chicken in the bags so I didn't have to handle it and never touched bones, skin, or even dark meat! 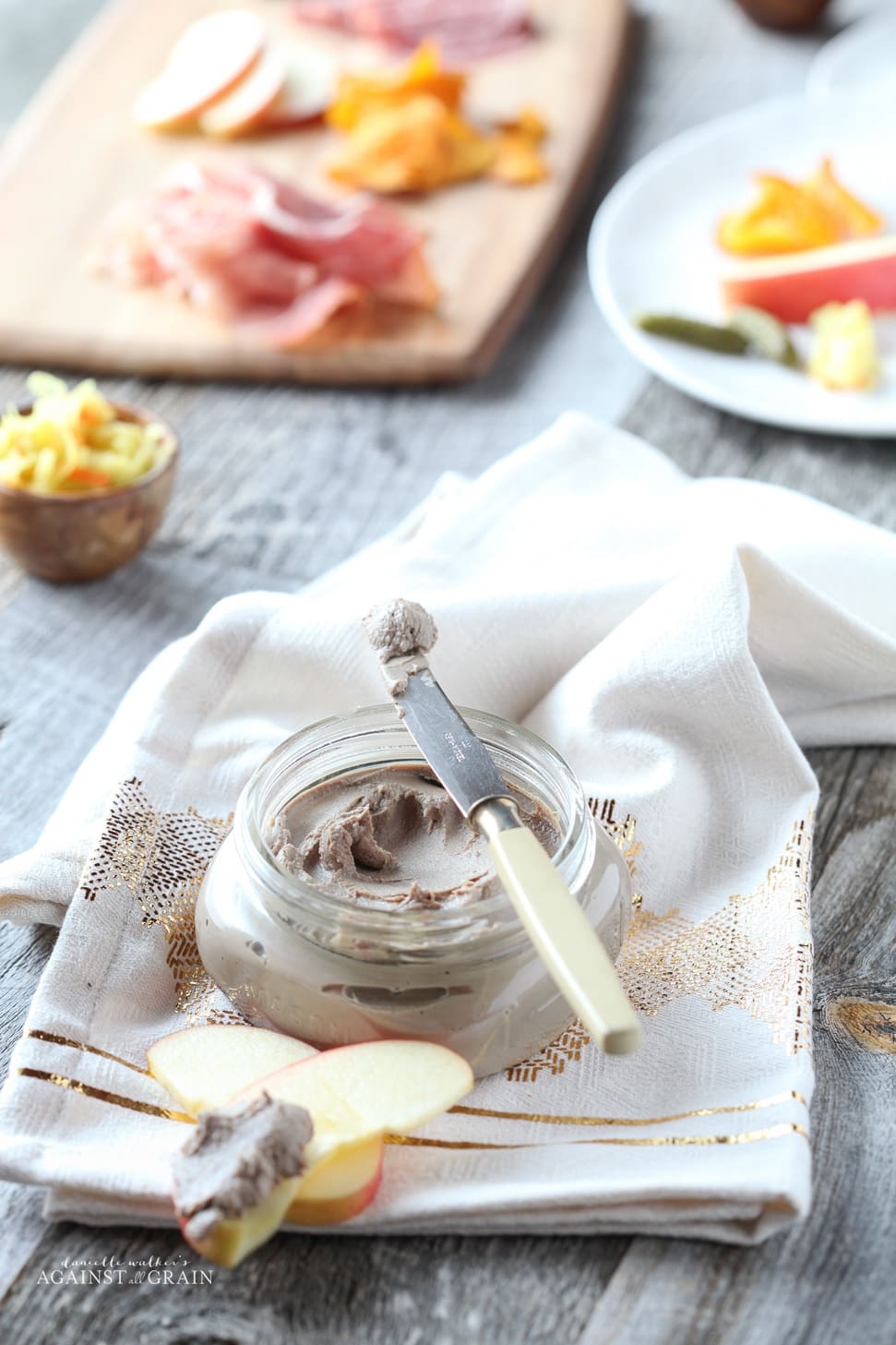 I have been on a long journey to learning about health and food. It has been one of many turns, setbacks, illumination moments, and infinite exploration. I don't think the journey will ever end, as I am always eager to learn how to naturally make my body the best it can be. And I don't want to stop until I've found optimal health. It started with just removing white flour and sugar, to going “whole grain,” to gluten-free, to ultimately grain-free. Then it progressed to putting an emphasis on the quality of the food I was ingesting – grass-fed, pasture-raised, organic. I learned that meat from pasture-raised and grass-fed animals has more than double the omega-3 fatty acids than meat from commercial, grain-fed animals. And that eggs from chickens that have allowed to forage instead of consuming a grain-based feed have been shown to contain almost 20 times more omega-3 fatty acids than convention eggs.

Over the past couple of years, I have learned a lot about nutrient density in foods and getting the vitamins and minerals we need not through supplementation but through whole, real foods. Yes it can be done, but it does take some effort. And part of that effort, which was I VERY reluctant about for many years, is eating organ meats. Liver for instance, is incredibly high in absorbable vitamins and minerals including copper, iron, Vitamins A, D, E, K, B12 and folic acid.

Actually, in reality, I am still reluctant. Chicken liver is about as far as I have ventured. I have tried other offal – tongue, heart, kidney etc. and just can't stomach it. With livers, I tried chicken pate and threw out a few batches after the first few bites. They were partially coming right back up. I tried hiding it in chili, meatloaf and stew; but always ended up picking the pieces out as soon as my tastebuds detected it. Then I tried frozen liver capsules because I heard that was a good way to get it in without the taste, but somehow wound up giving myself food poisoning for 4 days which was just awful so that was out. I tried chicken liver mousse at a few high-end restaurants and wine-tasting parties in Napa a few years back and thought it was palatable but not great, so I never tried to make it on my own.

I just resigned myself to never eating organ meats and being one of those Paleo people that did everything for my health but that. But I couldn't turn my ear away from all of the research on the subject and people constantly singing the praises of it, so I forced myself to try again. Our Grandmother's ate it and so do almost all other cultures (along with fermented foods!). Pate, liverwurst, grilled, fried – you name it. If they could do it, then I surely could. But only chicken. I'm not brave enough to try the other ones yet.

As with anything, there is some criticism of consuming organ meats as well. Mainly that some people believe they harbor toxins. I'm not an expert on this and am still learning. From what I have read – I believe that the benefits far outweigh any risk that may or may not be involved. Besides food poisoning! For more information see these articles:

Sarah Ballantyne : Why Everyone Should Be Eating Organ Meat

Weston A Price : The Liver Files

I can't believe I'm saying this, really I can't believe it because it's taken almost 4 years. But I can honestly say that I have woken up craving this mousse for the last week. Over the years, I tried different recipes and found that the ones that include fruit make the taste much more bearable. Also, the more cream and butter, the better. But since so many of you are dairy-free, and I limit my dairy, I set out to make this dairy-free as well. I didn't want to compromise on the flavor and smooth texture though, because trust me – an abundant liver flavor and gritty texture will bring out those gag refluxes in everyone, so I turned to my trusty pal Cashew Cream. You have seen me use it as heavy cream and sour cream substitute time and again in my books and my blog. It held up to the challenge here just as I suspected.

I've been spreading it on tart apples (pink lady, honey crisp, and fuji) because I think it helps the taste, but my Rosemary Raisin Crackers are a great option too. We also like serve it with coconut oil and sea salt Sweet Potato Chips, salami, prosciutto, grainy mustard, and pickled vegetables.

Give it a chance!

Despite your immediate aversion to this recipe, I urge you to at least give it a chance! Cut the recipe in half to start if you are unsure, and I suggest trying it at least 3 days in a row before throwing it out. You'd be surprised how your tastebuds evolve after trying things a few times. I suggest eating this very cold as well. Don't let it sit at room temperature for too long or the texture becomes a little appetizing in my opinion.

Also – don't feel like you have to sit down and eat a whole jar in a day to get the health benefits. Just a few tablespoons, a few times a week is really great! I suspect this will not be the most popular recipe on my site of all times. But it's part of my continual journey to learn about and spread the word of good health so here goes!

Try the grey stuff, it's delicious! Don't believe me? Ask the dishes! 😉 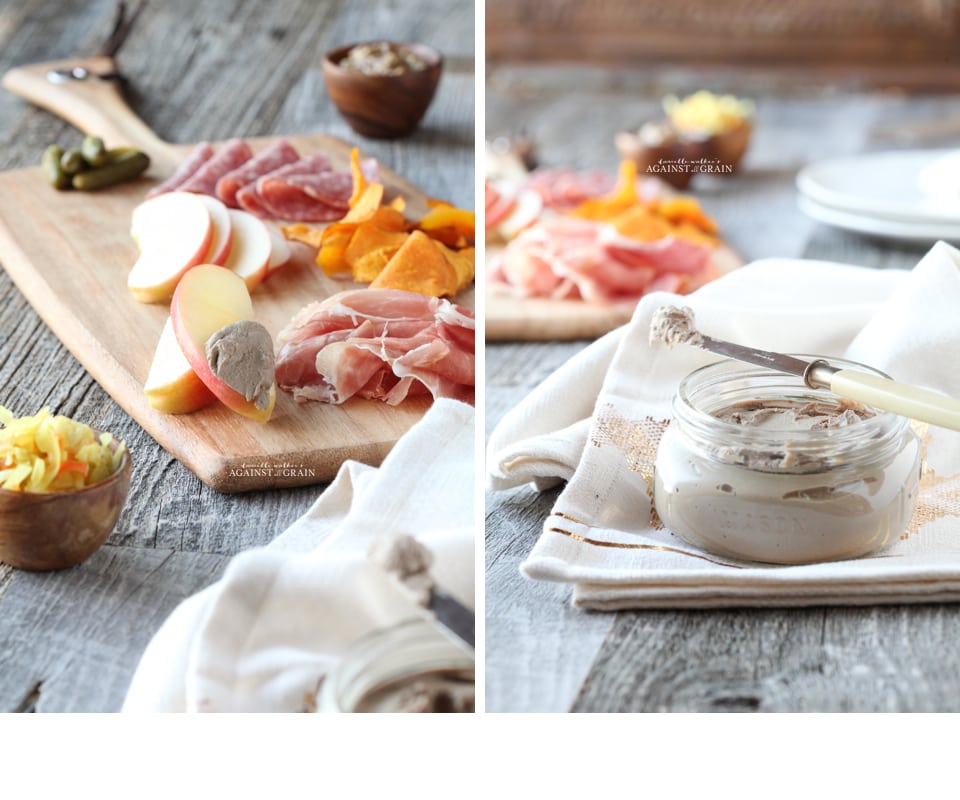 * Grass-fed butter may be used instead

notes: if you are not dairy-free, feel free to sub in grass-fed butter and cream for the coconut oil and cashews

This website uses cookies to improve your experience while you navigate through the website. Out of these, the cookies that are categorized as necessary are stored on your browser as they are essential for the working of basic functionalities of the website. We also use third-party cookies that help us analyze and understand how you use this website. These cookies will be stored in your browser only with your consent. You also have the option to opt-out of these cookies. But opting out of some of these cookies may affect your browsing experience.
Necessary Always Enabled
Necessary cookies are absolutely essential for the website to function properly. This category only includes cookies that ensures basic functionalities and security features of the website. These cookies do not store any personal information.
Non-necessary
Any cookies that may not be particularly necessary for the website to function and is used specifically to collect user personal data via analytics, ads, other embedded contents are termed as non-necessary cookies. It is mandatory to procure user consent prior to running these cookies on your website.
SAVE & ACCEPT
2.9K shares
Check out my new website DanielleWalker.com
Go there now!
This is default text for notification bar
Learn more