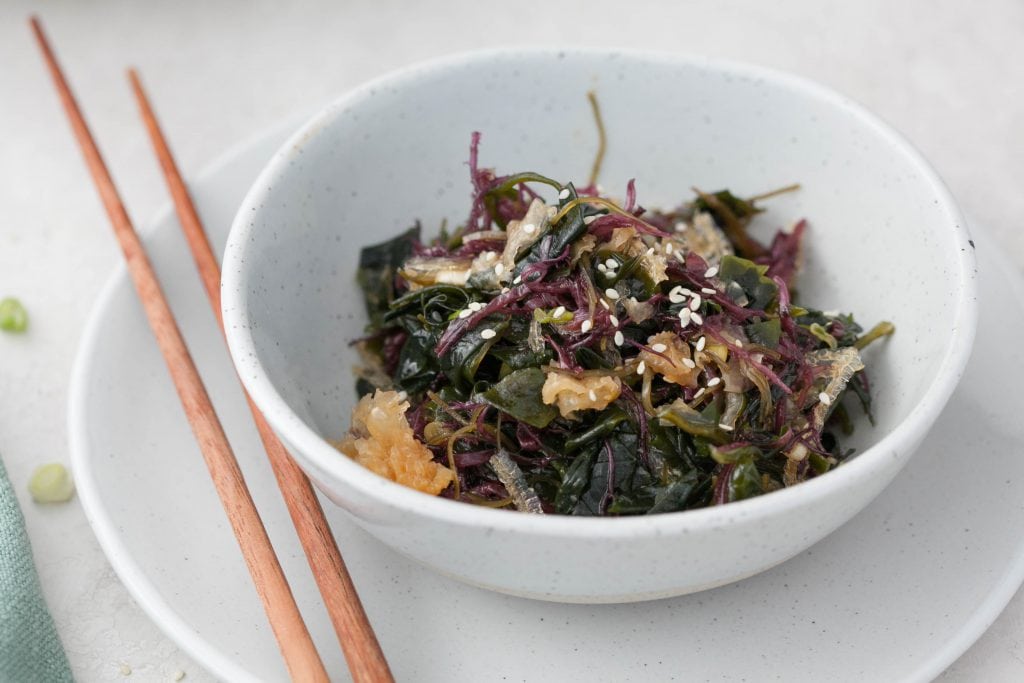 Seaweed salad, or wakame salad, became a huge favorite of mine while we were living in Hawaii back in 2012. I would always get a side of it when we'd go to the little poke shop by the beach. I loved the crunchy nature of it, and the sweet and slightly sour taste. I also thought it was super healthy.

I never thought to look into the ingredients in it, and just figured it must be fine since it was green and was made with seaweed. It wasn't until I tried making it myself a few years ago that I started doing some research.

First off – I had no idea most of the standard seaweed salads sold at sushi restaurants and poke places had green food dye in them. Now that I think about it –  that neon green color does seem pretty unnatural, but I just chalked it up to nature being awesome.

Secondly – I didn't realize just how much sugar was in it! I guess that's why I loved it so much. Unfortunately most commercial brands use white sugar, or even corn syrup.

Finally – most have soy sauce in them which typically contains wheat unless it's gluten-free Tamari.

3 strikes, and it's out. Very sadly out. 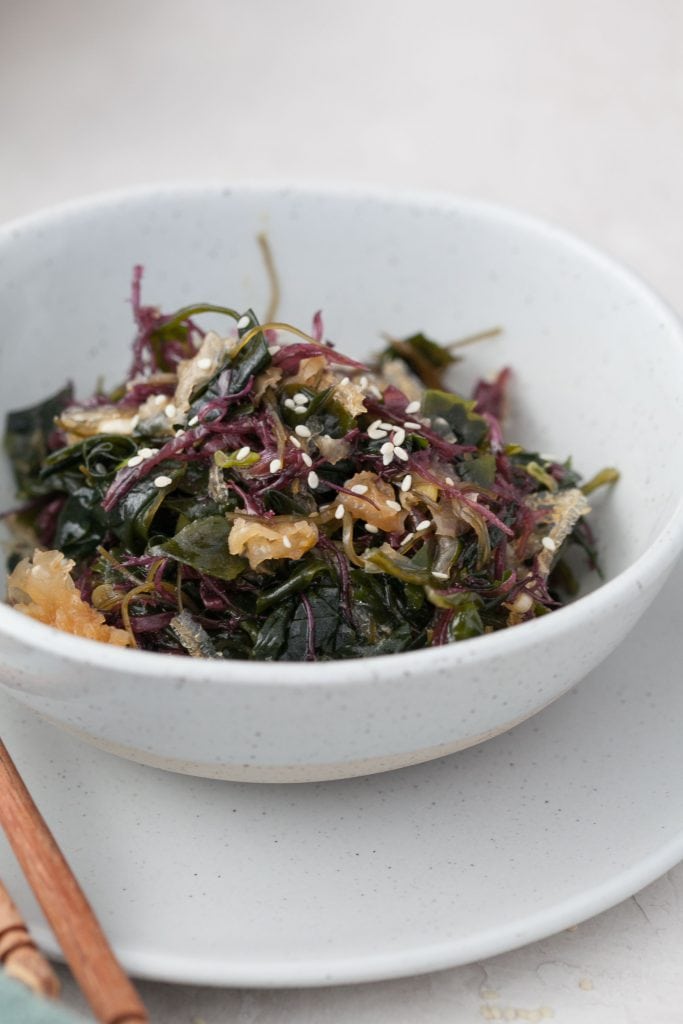 I've been making poke at home for years but have just forgone my beloved salad because I couldn't find it commercially available with healthy ingredients. Actually – fun story – the poke recipe that is in my first cookbook Against all Grain was written and photographed while we were living in Hawaii! about 1/4 of that book was developed in our little apartment kitchen there and shot on a balcony overlooking the ocean. Such fond memories!

Honestly – I tried to make it without any sweetener but ended up using some coconut sugar to give it a more authentic taste. The plain version with just some coconut aminos, toasted sesame oil, and a little rice vinegar was lovely, but not reminiscent of that neon green, sugar soaked salad I used to love. Good news though – coconut sugar is low glycemic, and I guarantee I use much less added sweetener than your local sushi restaurant does. You could also omit the coconut sugar and blend the sauce with a few pitted dates for a natural sweetness.

Wondering what other sushi and poke ingredients have gluten in them? Stay tuned for my poke bowl recipe on Monday – I'll give you the guide! 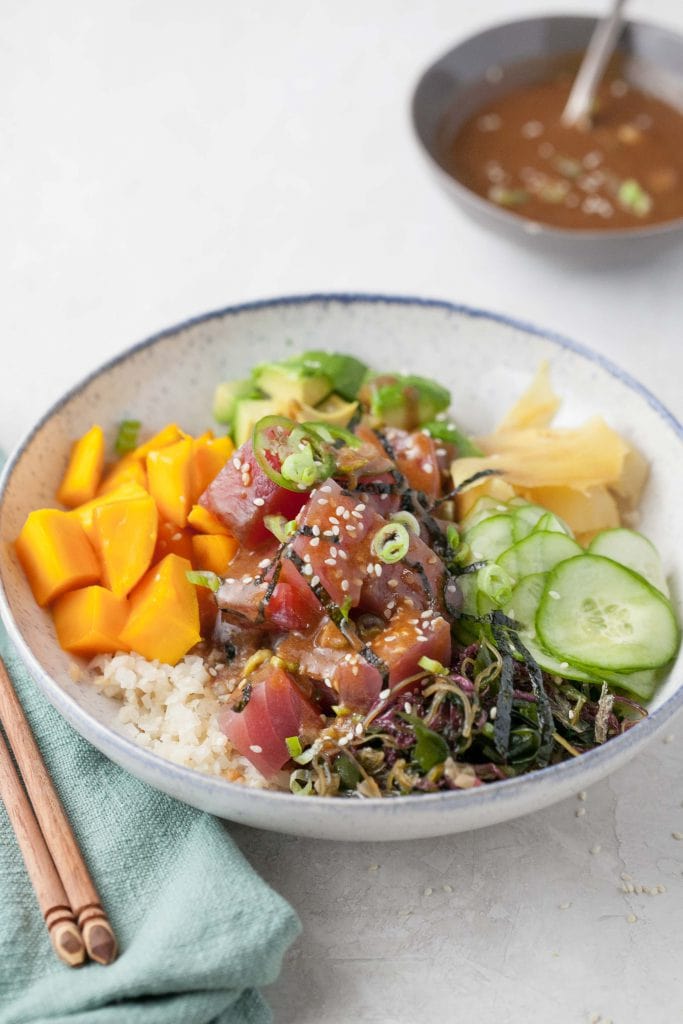 This website uses cookies to improve your experience while you navigate through the website. Out of these, the cookies that are categorized as necessary are stored on your browser as they are essential for the working of basic functionalities of the website. We also use third-party cookies that help us analyze and understand how you use this website. These cookies will be stored in your browser only with your consent. You also have the option to opt-out of these cookies. But opting out of some of these cookies may affect your browsing experience.
Necessary Always Enabled
Necessary cookies are absolutely essential for the website to function properly. This category only includes cookies that ensures basic functionalities and security features of the website. These cookies do not store any personal information.
Non-necessary
Any cookies that may not be particularly necessary for the website to function and is used specifically to collect user personal data via analytics, ads, other embedded contents are termed as non-necessary cookies. It is mandatory to procure user consent prior to running these cookies on your website.
SAVE & ACCEPT
360 shares
Check out my new website DanielleWalker.com
Go there now!
This is default text for notification bar
Learn more