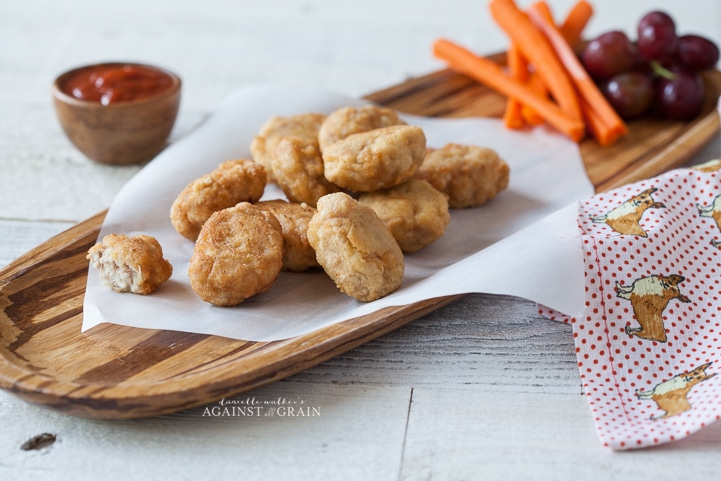 Many of you are familiar with my Paleo Chicken Tenders, which use unsweetened coconut as the breading, and are accompanied by a honey mustard dipping sauce. I created those for Asher when he 2 years old and he used to devour them. Then, all of a sudden, he refused to eat them. One day he loved them, the next, he tossed them on the floor! Kids can change their tastes so quickly as they're growing and exploring new foods, and he typically would circle back around to liking something again, but with these he didn't! 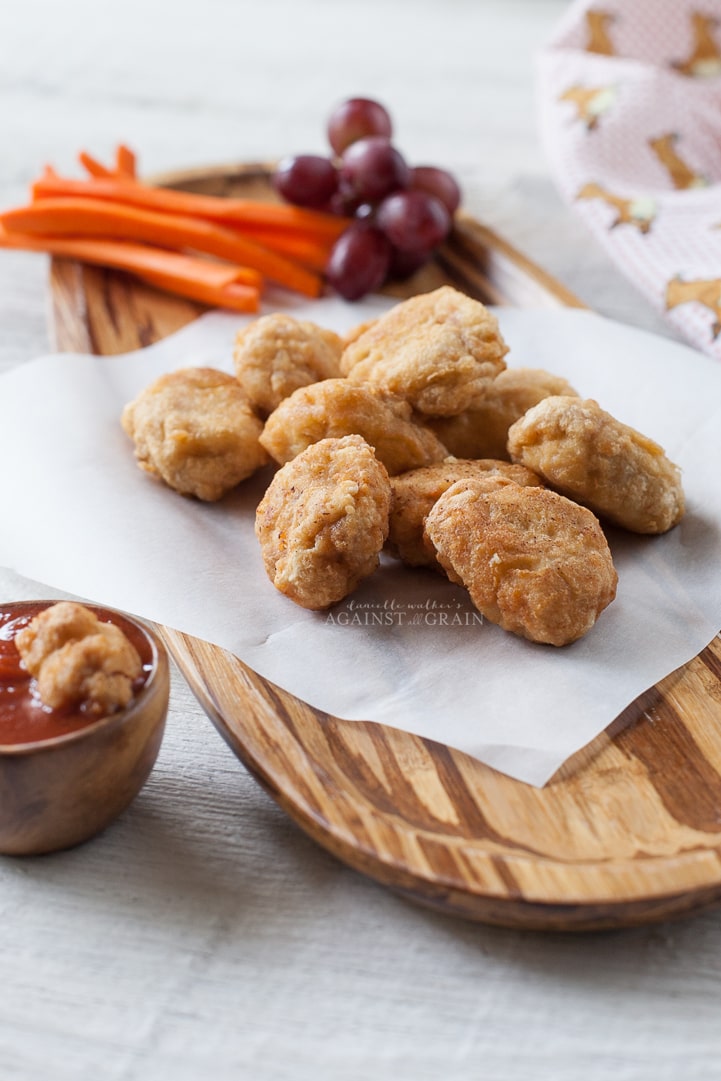 With everything happening in the past year, I defaulted to buying frozen gluten-free nuggets from the store for him, which became really pricy! I always wanted to create a recipe that he would like again and I could keep stocked in my freezer. I finally had time to do some testing over the last month and we have a winner! I went with a slightly unconventional flour in my kitchen in attempt to keep things nut and coconut free for all of you.

The use of chickpea (or garbanzo bean) flour makes these nuggets fall outside of the Paleo guidelines, but they are completely grain-free, dairy-free, and nut-free! Chickpea flour is also relatively inexpensive and is also loaded with protein and folate, and is lower in calories and carbohydrates than standard flours. If you're feeding someone with a sensitive digestive system, Pure Living Brand also soaks and sprouts theirs first so it may be a good option for you to try!

You know those beer battered chicken or fish sticks you can get at a good pub? The beer helps make the batter light and airy, while providing a good crunch, so I recreated that effect in a gluten-free and kid friendly way by using sparkling water! I chose to use ground chicken because Asher prefers that, but you can just as easily cut up small pieces of chicken and dunk them in the batter as well. 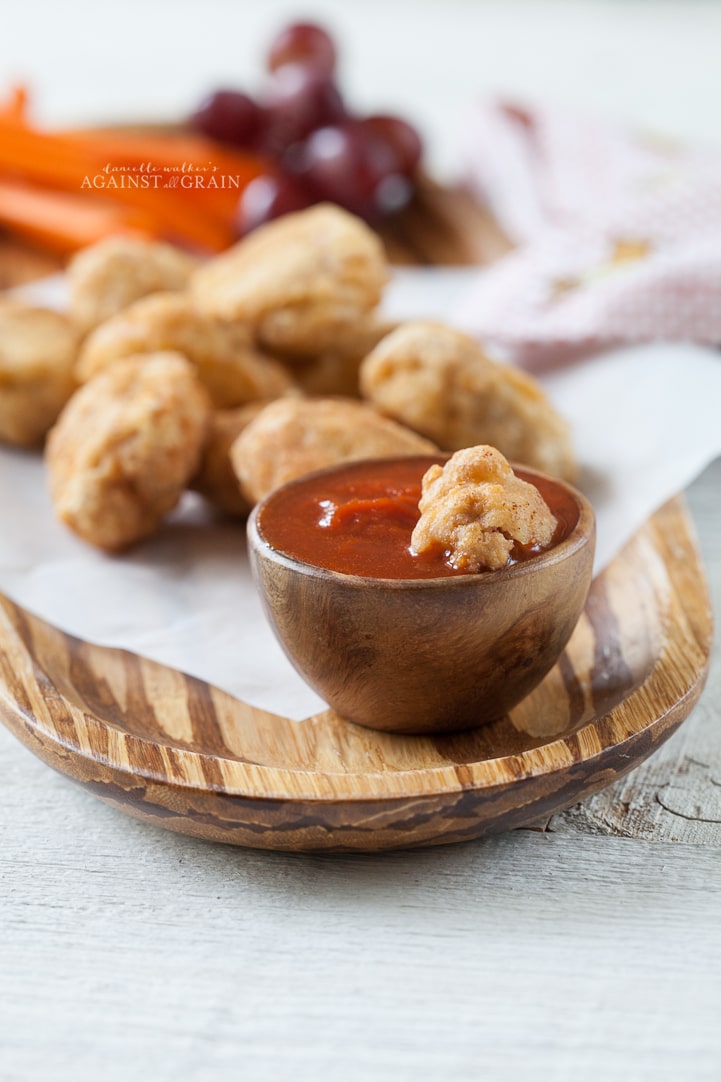 This batter will also work great for fish, or even for tempura veggies! The nuggets freeze wonderfully, so I make a big batch and have them for weeks to serve when a babysitter is over or we're needing a quick dinner. This recipe makes about 20 nuggets, so if you're feeding multiple kids you may want to double it so they last you longer. The process of making them is simple, but slightly time consuming, so I prefer to make them once a month or so.

*note these will likely work without the egg for egg-free, but will probably be less crispy.

Alternatively – these nuggets can be baked all at once, but they do not get nearly as crispy as they do when fried. After dipping the chicken in the batter and shaking off the excess liquid, place them on a baking sheet and baked for 16 minutes at 400°F.

To Freeze and Reheat

This website uses cookies to improve your experience while you navigate through the website. Out of these, the cookies that are categorized as necessary are stored on your browser as they are essential for the working of basic functionalities of the website. We also use third-party cookies that help us analyze and understand how you use this website. These cookies will be stored in your browser only with your consent. You also have the option to opt-out of these cookies. But opting out of some of these cookies may affect your browsing experience.
Necessary Always Enabled
Necessary cookies are absolutely essential for the website to function properly. This category only includes cookies that ensures basic functionalities and security features of the website. These cookies do not store any personal information.
Non-necessary
Any cookies that may not be particularly necessary for the website to function and is used specifically to collect user personal data via analytics, ads, other embedded contents are termed as non-necessary cookies. It is mandatory to procure user consent prior to running these cookies on your website.
SAVE & ACCEPT
39.5K shares
Check out my new website DanielleWalker.com
Go there now!
This is default text for notification bar
Learn more