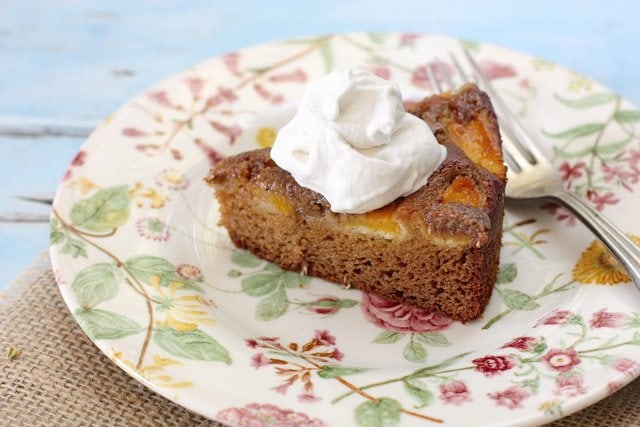 I've had this coconut whipped cream post sitting in the queue since last year but never got around to publishing it. A dairy-free whipped cream recipe is a must for every Paleo and SCD site's archives, so I'm finally hitting the “publish” button. This is the easiest recipe that will ever appear on my site! It involves only 2 ingredients and is the perfect topping for any pie, ice cream, or just served over fresh fruit. 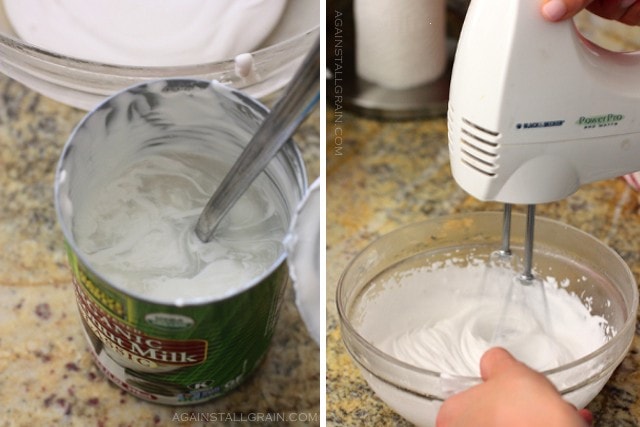 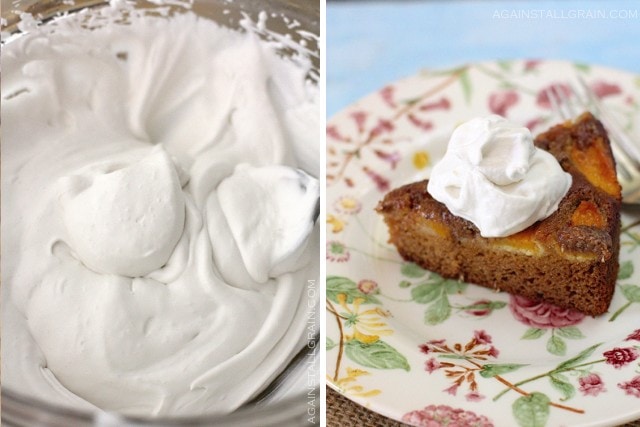 So what kind of coconut milk should you use to make amazing coconut whipped cream?

I performed a highly scientific experiment to answer this question for you. 🙂 I grabbed the 3 brands that my Whole Foods sells and put them all in the fridge. Then, I opened them and took note of which one had the most cream on top. Then I whipped them up. Such a rigorous evaluation, right?

Here are my findings:

A: Has guar-gum and most likely uses a can with BPA, although I can't find info to confirm that. The flavor is good, it had a good amount of cream rise to the top, but did not whip up as sturdy as B.

B: Has guar-gum, but is packaged in a confirmed BPA-free can. Flavor is good, similar amount of cream as A, but whipped up much better and created a larger volume of whipped cream in the end.

C: throw this one out of the mix- I totally didn't realize that I grabbed a can of lite milk. You need full fat for it to separate. However, Thai Kitchen has guar-gum AND is packaged in a BPA Can. So major negative points there. Plus this can did not separate. So this one was kind of at a disadvantage. Sometimes cans just don't separate well. It obviously did not whip up because of this so I really should have just thrown it out of the experiment. Regardless, I won't use it because of the BPA.

So with that, I recommend grabbing a can of Native Forest when you want to make whipped cream! 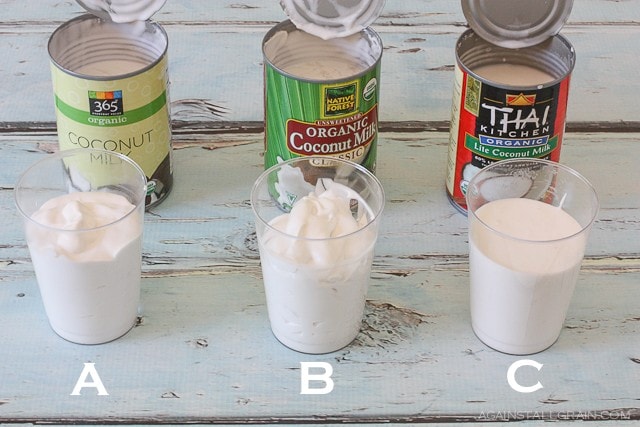 Note: I love Natural Value because their Organic milk is BPA and Guar Gum free but it doesn't work well for whipped cream in my experience. 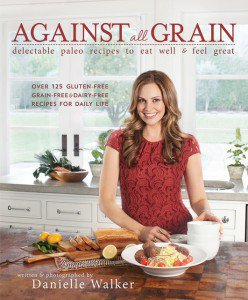