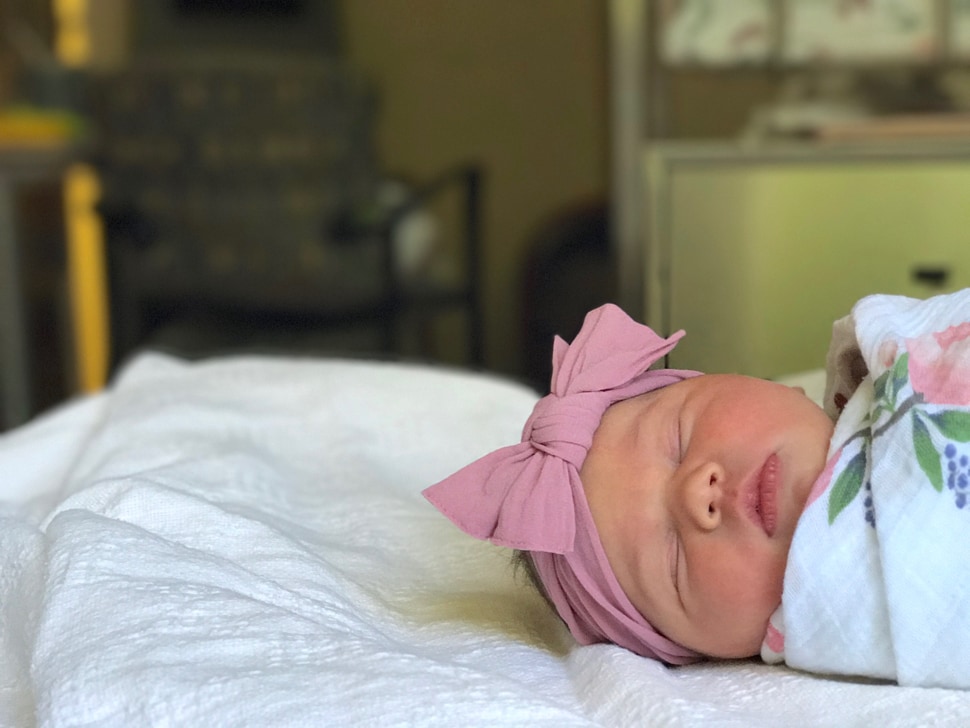 Our sweet baby girl is here! She is healthy, just beautiful, and already the center of her big brother's worlds. She has a head of surprisingly dark hair and a little button nose similar to both Asher's and Aila's when they were born.

Kezia Elisabeth Walker (we are pronouncing it Kez-ee-ah) was born on Monday morning at 8am on the dot  We grow them big here in Walker-world, and she weighed 2 ounces more than her oldest brother did at birth – 8 pounds 12 ounces!

As I have shared a bit throughout, I had so many fears going into this pregnancy and birth. The last few days before her arrival, my emotions were at an all time high, but the second I heard that first cry, all the fears and doubts melted away and the immense love for her overshadowed everything else. I've been dying to share her name with you.  A name we picked out over 3 years ago, but were never sure if we would have the chance to use. I knew I wanted to give you the back story so I wanted to wait to share it until I had a chance to. 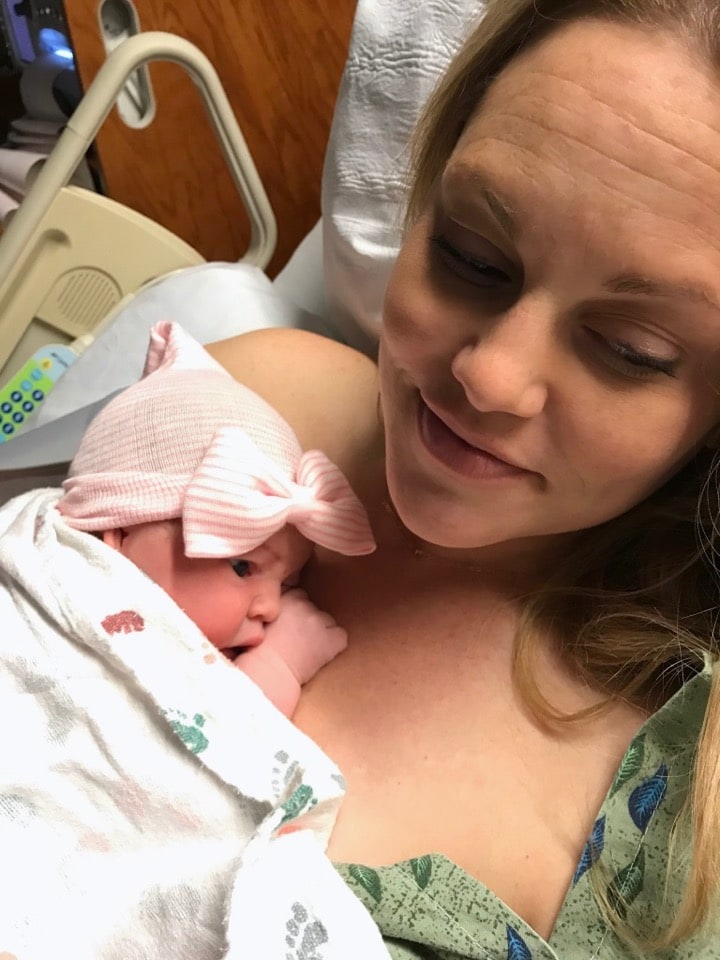 Shortly after my autoimmune diagnosis in 2007, and again after After Aila's diagnosis in 2014, I was really drawn to the book of Job in the old testament of the Bible and related to the suffering described. After getting married in 2007, Ryan and I light heartedly referred to our first 7 years as our “Job years.” It was a difficult time with a lot of heartbreak and suffering. We prayed for the time that would come when life would get a little easier, we would hopefully see our suffering used for His good, and possibly enter into a time of blessings and joy. Our coasting time.

When I found out I was pregnant with Aila, we thought that may be our time. My first book had just come out, we had a perfect little 3 year old, purchase a new home for our growing family and my growing business, and finally had the daughter that I had longed for for so long. Oh and a cute puppy. The perfect American dream! We didn't know that a few months later our world would come crashing down and we would enter into the darkest and most tumultuous time of our life thus far. 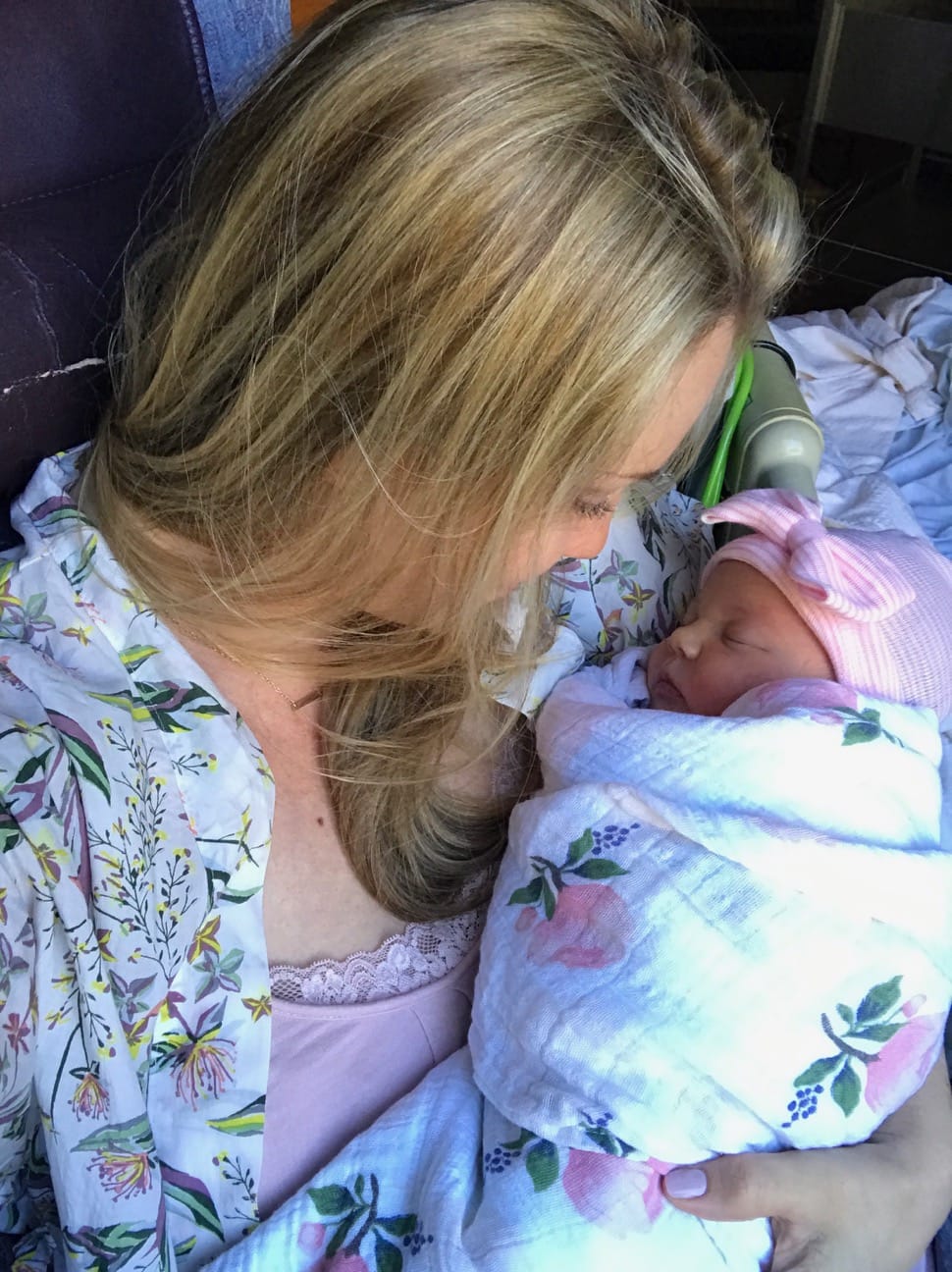 It never mentions their names, but during Job's suffering, his 7 sons and 3 daughters all pass away. When that time is finished, and he enters into a new chapter of his life, he has 7 more sons and 3 more daughters. I thought it was so poignant that again, the names were not mentioned – except for the 3 new daughters. Their names were Jemima, Kezia, and Keren-Happuch, and it says that they are the most beautiful women in the land, and are so special to Job that they also receive his inheritance alongside their brothers.

When I was newly pregnant with Aila, before I knew she was a girl, I remember adding Kezia to my name list. In the end, it didn't feel right, so it was scratched off the list. But later, on May 25th, 2014, just a few days after Aila's diagnosis, I was reading in Job again, trying to find answers to why bad things can happen to good people, and there was that name again. I wrote it on the top right corner of my journal, where the words that flooded the page were full of grief, confusion, anger, and hopelessness. I wrote it though, because I felt like God told me if we ever were to have the privilege of having another daughter, her name should be Kezia.

Kezia was the second daughter born of the 3. Job called his second daughter after the sweet smelling Cassia (cinnamon) tree because God had healed him of his trials, and made his latter end to be sweet. It also means It is Done, which some say he chose because he knew his time of suffering had come to an end.

I know now that “Kezia” didn't real right for Aila's name, because it was meant to be a promise of another daughter down the road, an ending to a time of sadness and a new season of sweet scents and joy. Our little lady has already brought that into our life in the few short days she has been with us, and we could not be more proud and excited to share her with all of you!

Thank you for all of the prayers for her safety and the love that you have already shown her. We are so grateful to have this online family! Oh and stay tuned on my social channels for an abundance over over-posting, because we just cannot get enough. 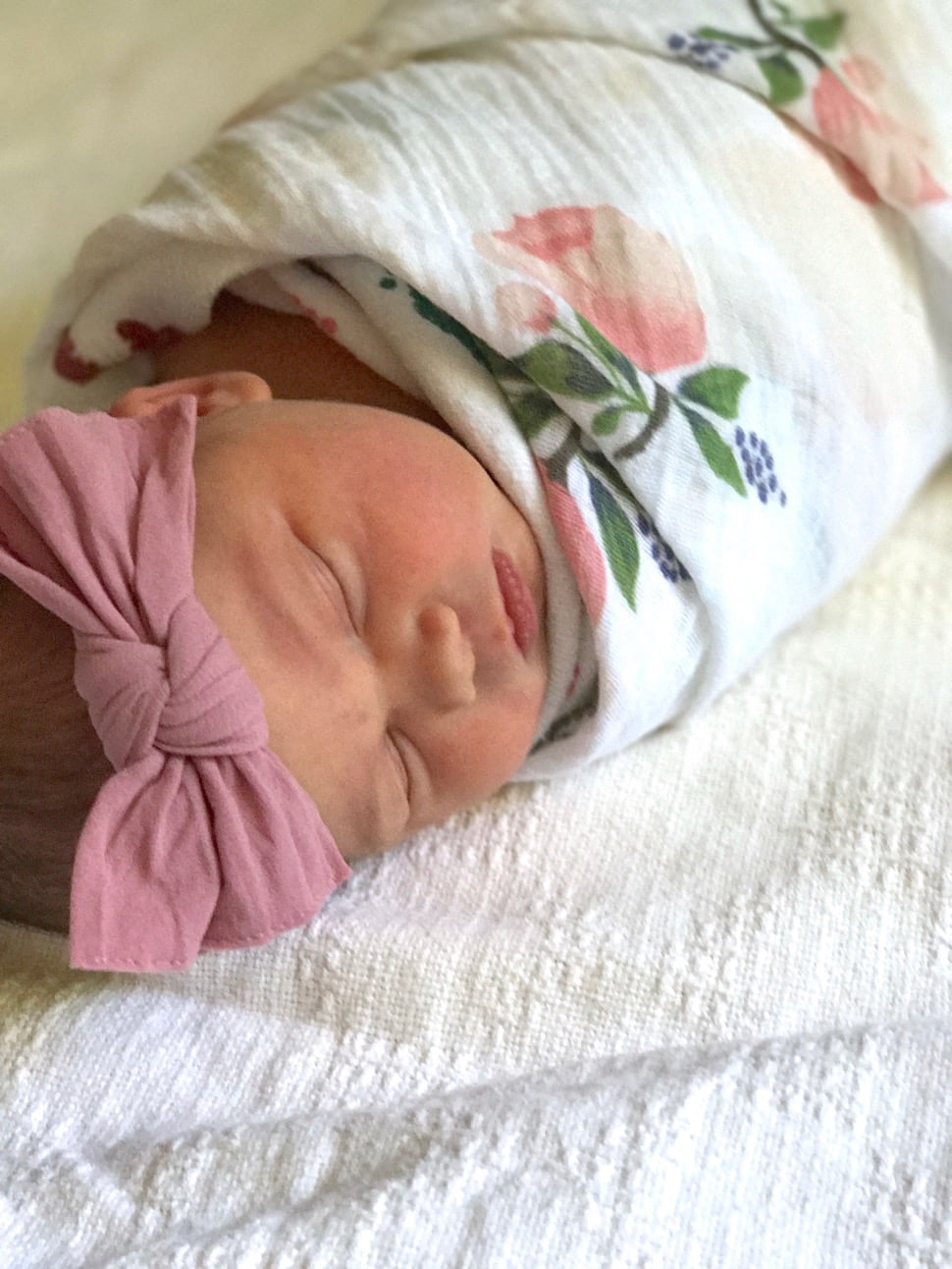 This website uses cookies to improve your experience while you navigate through the website. Out of these, the cookies that are categorized as necessary are stored on your browser as they are essential for the working of basic functionalities of the website. We also use third-party cookies that help us analyze and understand how you use this website. These cookies will be stored in your browser only with your consent. You also have the option to opt-out of these cookies. But opting out of some of these cookies may affect your browsing experience.
Necessary Always Enabled
Necessary cookies are absolutely essential for the website to function properly. This category only includes cookies that ensures basic functionalities and security features of the website. These cookies do not store any personal information.
Non-necessary
Any cookies that may not be particularly necessary for the website to function and is used specifically to collect user personal data via analytics, ads, other embedded contents are termed as non-necessary cookies. It is mandatory to procure user consent prior to running these cookies on your website.
SAVE & ACCEPT
395 shares
Check out my new website DanielleWalker.com
Go there now!
This is default text for notification bar
Learn more